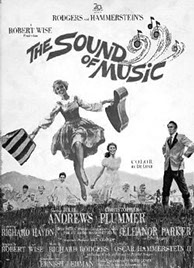 "The Sound of Music"

The WSF - Women's Security Foundation headquarters is situated in one of the world's safest countries - Austria (Salzburg) - in the TRAPP Villa. The TRAPP Villa was home to the VON TRAPP family from 1923 to 1938. The family gained world fame after the biographical movie musical "The Sound of Music" (starring Julie Andrews) was released in 1965. The musical is one the most seen movies of all times and still influences the way Austria is perceived internationally.